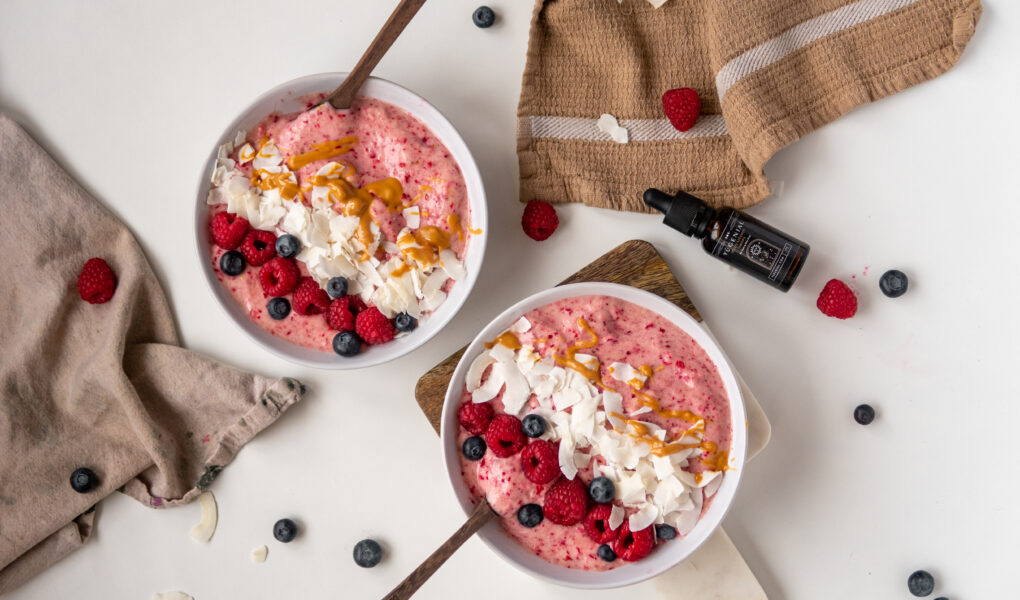 I founded Yūgenial after leaving medical school due to my own experiences with poor mental health. I have and always will be a strong proponent of good science, but something about the coldly clinical environment was failing me.

After battling with a steadily worsening depression and anxiety for a number of years, I was told that I was not well enough to sit my finals, and forced to take a year out. After 7 years of slightly chaotic slog, to say I was disappointed was an understatement, but in hindsight it turned out to be a blessing in disguise.

In my experience, mental health is not binary and we all slide up and down the spectrum, meaning changes in environment are as important as healthy lifestyle adjustments. This can be especially difficult when you are stuck in a vicious cycle of making poor decisions about who and what you let into your life, because you are in an unhappy and self-destructive space.

My first encounter with plant medicines was after that particularly difficult final year. Imperial is home to one of the largest research centres on psychedelic medicine, and I read one of their reports about the ability of magic mushrooms to loosen up the Default Mode Network in the brain, which is believed to be overactive in conditions like depression.

I ordered some truffles soon afterwards, and looking back I was incredibly naïve about the role of set and setting in all of my initial encounters with weed, but I was also desperate and willing to try anything. Those first experiences were really quite overwhelming but also incredibly helpful. I remember very vividly being able to see depression as almost like a separate blue lens, that was not necessarily a part of me, but was like a pervasive filter over my world.

That same week, I came across a couple that were hosting ‘Gong Baths’ in the top floor of their flat, a few streets away from me. At Imperial we were subject to many lectures about the inconveniences of ‘quackery’ and growing up in a medical family, I’d quickly suppressed my natural inclinations and become a bit of a snob about them myself, in particular weed.

I’d never heard of a Gong bath, but photos of the space looked so relaxing and beautiful I knew I wanted to give it a go. I loved it, and it was probably the first time I’d started to pay as much attention to the emotional, as to the physiological. It was the start of a journey and there have been many ups and downs and a large amount of non-linear progress since.

Yūgenial was built upon the principles I found transformative in changing my approach to health – combining the scientific backing of modern medicine, with the ancient wisdom of a long forgotten past. Just as we are seeing a rise in the use of techniques such as meditation to better manage mental health, cannabis (or weed) has a rich and fascinating spiritual and medical history.

I used to be anti all kinds of substances. However, after realising that my first mushroom encounter hadn’t in fact killed me, I was keen to know what else I might be wrong about. In that sense, it was a gateway yes, in the same way that someone might start to question their strictly Mormon upbringing, I was uncovering new perspectives and poking holes in what I thought I had been so certain about. I believe that as humans we all have a right to experiment with our own consciousness, and that this should not be dictated by the state.

One of the reasons I am pro-legalisation of weed is because my process of discovery was so messy to begin with – you can certainly separate substances into therapeutic and non-therapeutic varieties, although I would include sugar and alcohol in the latter. The evidence from prohibition is clear – that when you supress something and make it taboo, it causes huge amounts of environmental, economic and social harm and creates more problems than it solves. Had I been more clearly informed, able to discuss such things more openly, and had access to legal and high quality supplies of weed, I would have been a lot safer, healthier and wiser from the start.

CBD is legal in the UK, and non-psychoactive, meaning it does not get you high. When I first discovered it, I was astounded by the science. I had not realised that we even had an endocannabinoid system, and in fact this still isn’t actually taught in medical schools – one reason being because the curriculum is already so packed, and another being that there are still many mysteries around its multiple mechanisms that are yet to be resolved. This is partly because of the poorly understood nature of consciousness and the mind-body connection.

After doing my research and experimenting with the products myself, I realised that CBD had beneficial effects on my mood and sleep in the long-run. It was a gradual process for me, and far from perfect, but I noticed the effects more when I stopped taking it. CBD’s main role is as a neuromodulator, meaning it acts to bring about homeostasis in the body, which is a means of naturally re-balancing itself.

I initially launched Yūgenial with a unisex focus and brought out a range of both topical and oral preparations. I eventually discovered that it was mostly women visiting my store, and that they were successfully using the products for a wide range of services including period cramps, mental health, and further exploring complimentary interests in consciousness, yoga and sexuality.

One of the reasons CBD is still seen as a gimmick by some is because people wonder how one product can claim to have so many effects. However, the endocannabinoid system is extensive – it affects almost every organ system in the body and predominantly acts via neurotransmitters in the nervous system. It’s for this reason that Dr David Nutt, who spearheads the research at Imperial College London, believes that Cannabis has the potential to usher in new paradigms in healthcare.

Self-Care Is Not Selfish

When I undertook clinical rotations, they often spoke of the need to move away from a patriarchal approach to health, and towards an autonomous and personalised process. That means putting the patient back in the drivers’ seat, and working together in a collaborative manner, as opposed to simply swallowing everything you’re told.

Correcting this power imbalance begins with becoming more informed and educated. This is important because not only are we all genetically unique, but I believe that intuition has its own part to play in getting to know your body, and what you feel does and does not work for you. Integrative health means looking at the whole person – not just the organ or the system, but all of the mind, body, emotions, and environment.

One of the most common questions we get asked when it comes to CBD use – is about dose. There are no stringent industry standards about how much to take, and for who. One of the good things about this is that it indicates that CBD is relatively safe. In fact, it takes 4-6 standard tablets of Ibuprofen to overdose (about 1000mg) but 20,000mg+ of CBD before it might be considered harmful.

Aside from the lagging research due to prohibition, the other reason for the lack of insight into clear dosing guidelines goes back to the idea of a more personalised process – everyone is different and will experience the plant uniquely. Therefore, the key is to start low and go slow, this means picking a relatively low strength product, such as 100mg or <1% and keeping a daily journal to gain insight into the effects.

One of the most common errors, is to believe that because it’s natural, it must be quite weak, and therefore to plunge straight into the deep end. This is exactly what I did and I’ve since realised that I’m actually quite sensitive to even small amounts, so while my energy levels initially peaked, I noticed adverse effects on my sleep and had to cut down.

The second most common concern relates to knowing how to source good quality products. It’s still a minefield out there, the science can be complex and confusing, and many brands still exist to deliberately mislead the consumer. For example, the Hemp seed oil found in many large retailers and high street shops does not contain any cannabinoids – these are only found in the flowers, leaves and stems. The qualities to look out for are:

Who Should Not Be Taking Cannabis

Although CBD is considered a novel product, this mainly relates to some of the novel forms of extraction and processing that exist today, to isolate it into its concentrated format. In terms of historical literature, a holistic hemp extract has been used extensively for centuries, for a variety of ailments, and it has proven relatively safe.

That being said, there are people who should avoid cannabis products – and that includes anyone under the ages of 18-21 (even 25 and below if we are talking about marijuana (THC) and its effect on developing brains), women who are pregnant or breast feeding as there is not enough literature to be absolutely certain, and anyone who is already on medication for an underlying health condition – such people should always consult their doctor first.

This is because cannabis is processed by the same liver enzymes that process other medications, and so it could increase or decrease the concentration of these in your blood, in the same way that grapefruit juice might.

My Experience With Plant Medicines

When I first hit rock bottom and had to stop, I actually felt an element of relief. But therapies such as CBT felt paltry for what I was experiencing and I had terrible withdrawal effects on pills like fluoxetine. It was almost as though I had accumulated years of calcification on my inner piping, but it had suddenly started to dislodge and now there was no turning off the tap.

There is no doubt in my mind that plant medicines such as Cannabis (weed) and Ayahuasca have helped me through the process, although they have not always been as simple and straight forward as I would have liked. But they do not work in isolation, it has been key to integrate other practices into the mix, including connecting back to intuition and learning to better trust myself, practicing intentional use through processes such as journaling and making all-round lifestyle changes.

I am guilty of subscribing to the quick-fix, pill-popping culture of weed, but since discovering and experimenting with a spectrum of both mainstream and alternative modalities, including yoga, floating, natural remedies or psychotherapy, I do feel as though I’ve had the missing half of my worldview filled-in. And I very much thank plant medicines for introducing me to that. 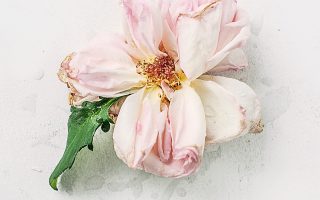 Shit Periods or an Underlying Condition? 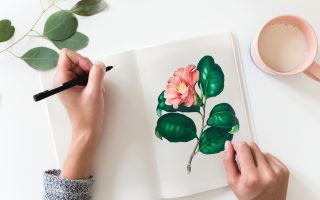 How Journaling Helped My Mental Health 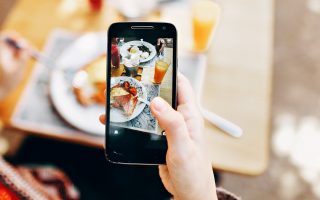 Mental Health & and Social Media: A Table for Two